For the past 140 years, Watson Venne s.e.n.c.r.l./LLP and its predecessor firms known under the names of

have provided their clients sound legal advice and careful guidance in the conduct of their business affairs.
It began when William de Montmollin Marler was sworn as a Notary at Montreal in 1872. He was followed by Edouard Cholette, his son Sir Herbert M. Marler, Herbert B. McLean, another son George C. Marler, Herbert H. Tees, John H. Watson and Henri Poitevin, to name but a few. Proud of its reputation, earned and maintained for well over a century, for meeting the ever-changing requirements of its clients – important financial institutions and others majors corporations, business enterprises and individuals – the firm continues its growth in providing services of the highest calibre, with special emphasis on corporate and commercial matters. 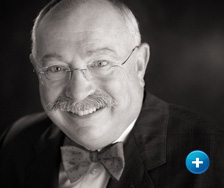